What’s in your water? 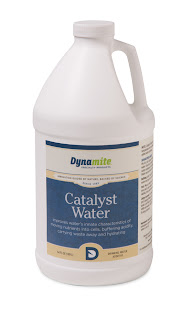 It’s the heat of the summer and you’re reaching for a nice, cool glass of water. But is it coming from your tap? Adding chlorine to drinking water is the most common way for tap water to be sanitized and also one of the most dangerous.

Dr. Joseph Price did a study on two groups of chickens. One group of chickens was given water with chlorine and the other given water without. The group raised with chlorinated water, when autopsied, showed levels of heart or circulatory disease in every specimen; the other group had no incidence of disease. The group with chlorinated water under winter conditions showed signs of poor circulation, shivering, drooped feathers and a reduced level of activity. The group without chlorine grew faster, larger and displayed vigorous health. As a result of this study, most large poultry producers use dechlorinated water according to waterwarning.com.

“We are quite convinced, based on [our studies], that there is an association between cancer and chlorinated water,” said a Medical College of Wisconsin research team.

Swimming in pools, and even showering in chlorinated water can also be toxic. The skin acts like a sponge, absorbing the toxins contained in the water. The chlorine can irritate the eyes, the sinuses, throat, skin and lungs, and also dries the hair and scalp, worsening dandruff, as well as weakening immunity.

Chlorine in swimming pools reacts with matter such as sweat, urine, blood, feces, and mucus and skin cells to form more chloramines. Canadian researchers found that after an hour of swimming in a chlorinated pool, chloroform concentrations in the swimmers’ blood ranged from 100 to 1,093 parts per billion.

Dr. Robert Carlson, a University of Minnesota researcher whose work is sponsored by the Federal Environmental Protection Agency, said, “The chlorine problem is similar to that of air pollution,” and adds that “chlorine is the greatest crippler and killer of modern times.”

Although chlorine is added to almost every public water system, it is one of the easiest chemicals to remove. Almost every household water filter can reduce the amount of chlorine in the water to 3% of its original amount. Always filter your drinking water, especially before giving it to people with weaker immune systems like children and the elderly. To add in essential trace minerals the filter could be removing, use at least one ounce of Elixir™ daily to stay properly hydrated and to keep the body running at peak performance.

Add a bit of Catalyst Water to distilled water to help the body carry essential nutrients and remove waste products from the body.

What about in my hot tub and pool?

Catalyst Water is an excellent alternative to the harsh chemicals found in swimming pools and hot tubs. Depending on the size of your pool and climate you live in, amounts needed for your pool will vary. If you are trying to keep an Olympic size swimming pool clean year-round, Catalyst Water may not be the most cost effective solution, but commercial grade hydrogen peroxide along with a decreased amount of Catalyst Water will do the trick! Make sure all chlorine, bromine and other chemical water treatments have evaporated out of your hot tub before adding Catalyst Water. Leaving your lid off and running your circulation system should do the trick. The reason for this is that chemicals will inactivate the Catalyst Water.

The catalyst in Catalyst Water is a negative ion formulation of a sodium micelle. A micelle is an electrically charged colloidal particle that buffers acid-forming hydrogen ions. The micelle is so small it can easily slip through the cell membranes and thereby feed those nutrients to the cell more efficiently. With this extreme penetrating action, the water effectively neutralizes the excess quantities of acid solutions. It acts as a carrier on the freeway, picking up nutrients, depositing them in the cells and carrying off waste.

For smaller pools and hot tubs, Catalyst Water is perfect. Jim Zamzow once described the amount of Catalyst Water needed for a hot tub as a “Glub, glub,” so play around with what amount works for you. Many Dynamite users have made the switch and claim it saves them hundreds of dollars per year!

Catalyst Water is also great for cleaning fish tanks. Instead of having to replace the water monthly and go through the ordeal of finding a temporary home for your fish, add a “glub” of Catalyst Water when you notice the water getting murky and watch what a difference it will make!

Start with about two cups in a hot tub and add one cup each week. Amount may increase depending on tub usage and climate.