“Common Feeding Boo-Boo’s” has become an important part of the seminars and trainings that Dr. Golob and I present. The horse world is rife with traditional and often misguided feeding practices that diminish health and performance. Unless we get the basics of solid horse husbandry down first, all the supplements in the world are not going to give us optimum results. In the interest of allowing our awesome Dynamite products to work as intended, let’s review some of the common mistakes! As you sell and share and feed your own animals, make sure the basics are covered. 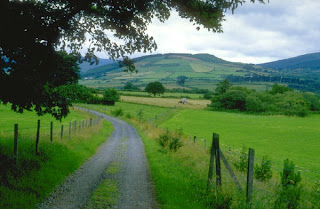 Being grazing animals, horses are programmed to nibble constantly. Stomach acid is secreted continually and an empty stomach is an invitation to ulcers and colic. Chewing produces saliva, which buffers the acid and roughage in the stomach and protects the lining from the acid as well. Please provide your horses with free-choice hay or pasture at all times. As a general rule, horses need to consume about 2 percent of their body weight in feed daily, with most or all of that coming from forage. This equates to 20 lbs for a 1,000 lb horse. Some of you will screech about the horses over-eating and there are options to prevent just that: grazing muzzles if pastured and slow feeders or even double hay nets if confined. Both options mimic natural habitat, allowing just a few sprigs of grass or hay with each bite. The level of contentment when horses have constant access to feed is just amazing; cribbing, pacing, weaving, chewing, pawing and other vices simply disappear. Eating in this manner also avoids the blood sugar spikes which happen with two or three meals a day and even with big bites of food, so it is ideal for horses with metabolic issues such as insulin resistance. Also remember that horses eat to satisfy mineral cravings and when their minerals are balanced, they are not so ravenous.
It goes without saying that hay should be a top quality grass or grass mix, mold-free and weed-free and of the appropriate type and nutrient content for each class of horse. Broodmares, foals and hard-working horses need a little more protein and may benefit from a small amount of alfalfa included with their grass hay. But feed only about 10 percent of the total hay ration as alfalfa. Alfalfa fed in excess is implicated in a host of problems, including belligerent attitude, tight muscles due to suppression of magnesium, imbalanced Calcium:Phosphorus ratio, tying up, kidney problems, scratches, enteroliths, OCD, colic and more. Aim for an overall protein percentage of about 10-12 percent in the total diet; the top limit would be as much as 15 percent protein.
Sugars, starches and fructans (together called Non-Structural Carbohydrates or NSC in older hay tests) in hay should ideally be tested and should be 10 percent or lower for horses with metabolic issues such as insulin resistance or a tendency toward laminitis. Newer tests will show ESC (Ethanol Soluble Carbs, which include sugar and some fructans) rather than NSC. Starch is listed separately. Hard working, nursing and growing horses can generally tolerate hay that is a bit higher in NSC/ESC. As a general rule, the lower NSC/ESC hays are timothy, orchard grass, timothy/alfalfa and orchard/alfalfa. Teff is a newer variety of hay that can be good, too. Bermuda or Coastal is higher in NSC/ESC and the grain hays such as oat hay, barley hay or wheat hay are bad choices, because they are very high in starches. Most types of fescue and perennial ryegrass, are also not good choices, being quite high in carbs and sugars. These are general rules and time of year, time of day of cutting or grazing will also affect sugar and starch content of forage. Cold, sunny weather will produce high sugar hay, making spring or fall cuttings and pastures more dangerous. Short, overgrazed pastures are higher in sugars, which store in the bottom three inches of the stems, so keep pastures longer, ideally at about six inches of growth. Early morning grazing is safer than later in the day if the sugars/starches are an issue. If you have no choice but to feed a high ESC/NSC hay, you can soak it in water for a few hours then drain and feed. This will siphon off a lot of the sugar.
First cutting is generally a little more stemmy and weedy; second cutting is more ideal for horses, especially babies and oldsters that require a finer stemmed hay. A great test is to take a small bunch of hay and twist it between your hands in a wringing motion. It should break in about three to five good turns. If it breaks more quickly it is too dry and shattery, usually from being over-fertilized with nitrogen. If it does not break after five turns, it is likely too stemmy, fibrous and low in protein, or too moist and likely to mold.
The hay discussion could go on and on. Suffice it to say that the single most important part of your horse’s diet is his hay or pasture. Do not skimp on quality or quantity. You can feed all the Dynamite products in the line and still not have optimum health unless your hay is prime. Analyze your hay for minerals, nitrates and sugars/starches if you have more than a several month supply on hand so that you can compensate for imbalances if necessary. Optimally, interest your hay grower in Humi-Zyme™ or Prescription Treatment fertilization.
Make sure you check out Boo-Boo #2 here
Share this post
FacebookTwitterGoogle+Pinterest
About the author