What do we risk when spraying chemicals on ourselves and our animals?
(A case for natural horse spray)

There are many pros and cons to using harsh chemicals on our animals (and ourselves) to keep biting insects away. The biggest argument made FOR using chemicals is that the bite of an insect could carry with it a disease that would be worse than the side effects of the chemicals being applied. This argument, of course, is a lot more powerful if you do not have an EFFECTIVE, NATURAL alternative to chemical sprays, such as Dyna Shield Natural Horse Spray. 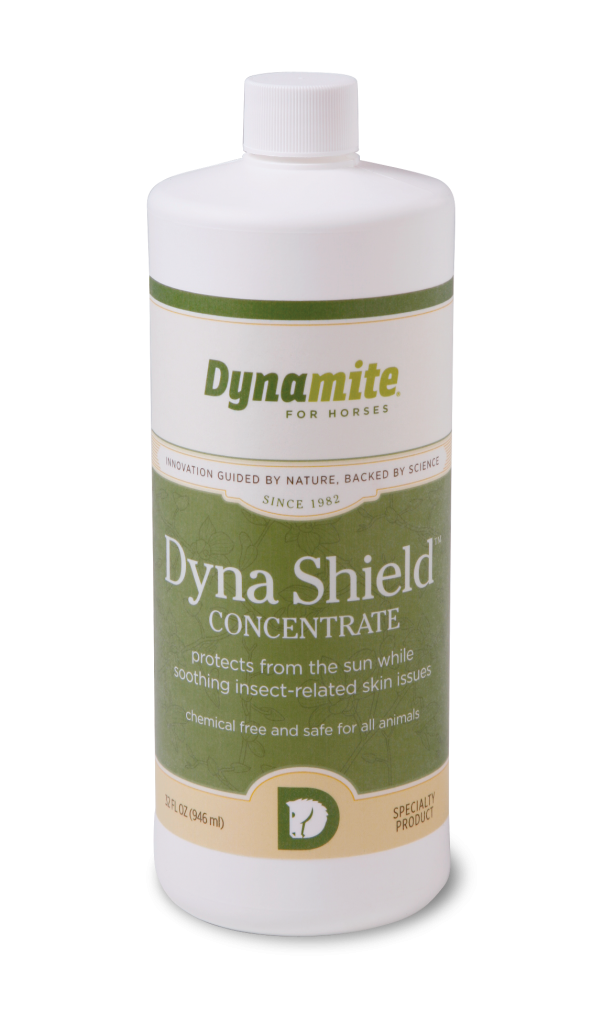 As you read the information below regarding the harmful effects of chemical bug sprays, consider the diseases that bugs carry. It’s a difficult decision to “pick your poison” so to speak, between the scary, chemical side-effects and the potential for contracting a disease from an insect bite. There is a better way to increase your protection against disease-carrying bugs, while also limiting your exposure to the harmful chemicals discussed below. A better choice is to use a natural horse spray containing a blend of natural, proven, botanical oils that can be applied directly to your horse with peace of mind.

Harmful effects from breathing in or swallowing chemical sprays

This is for information only and not for use in the treatment or management of an actual poison exposure. If you have an exposure, you should call your local emergency number (such as 911) or the National Poison Control Center at 1-800-222-1222.

Most bug repellents contain DEET (N,N-diethyl-m-toluamide) as their active ingredient. DEET is one of the few insect repellents that work. It is recommended to prevent mosquito-born diseases such as malaria, dengue fever, and West Nile virus.

Other less effective forms of bug sprays contain pyrethrins. Pyrethrins are a pesticide created from the chrysanthemum flower. It is generally considered nontoxic, but it can cause breathing problems if you breathe in large amounts.

Persons applying DEET to their skin may get hives or have mild redness and irritation. These symptoms are usually mild and will go away when the product is removed from the skin.

Persons who use very high concentrations of DEET on their skin over a long period of time (such as military personnel or game wardens) may have more severe skin reactions that include blistering, burning, and permanent scars of the skin. Other symptoms associated with long-term use of high amounts of DEET (over 50% concentration) include insomnia and mood changes.

If DEET is unintentionally sprayed into the eyes, nose, or mouth, you may feel a temporary burning sensation and have redness. Washing the area will usually make the symptoms go away. Burns to the eye may require medication.

When small amounts of DEET are swallowed by mouth, symptoms may include:

By far, the most serious and devastating complication of large DEET poisonings is neurological damage. Patients may have disorientation, clumsiness when walking, seizures, or coma. Death is possible in these cases.

DEET is especially dangerous for small children. Seizures may occur in small children who are consistently exposed to DEET on their skin for long periods of time. Care should be taken to only apply lower concentrations of DEET to children for short periods of time. Products containing DEET probably should not be used on infants.

Click here to read about Zephyr’s Story of recovery, including the use of Dyna Shield!