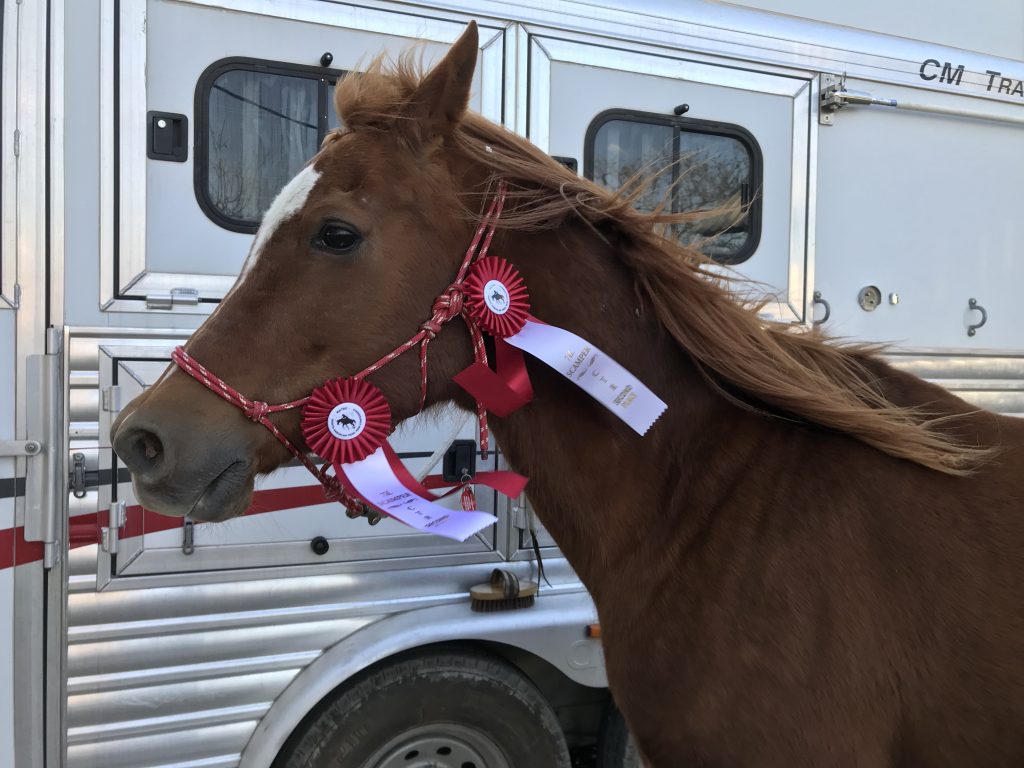 “My horse, Kairro, is a 23 year old Arabian gelding. He has had a very good life with some-but not much-work. In March, 2018, he went to a local NATRC (North American Trail Ride Conference or CTR) ride with little or no preparation. We entered a one-day 18 mile competition. His normal diet consists of a full cup of TNT, one or two cups of HES (dependent upon his activity level-which is usually pretty low), and 2-4 squirts of Dyna Pro. On the morning of the ride Kairro was totally ‘race brain,’ not standing still for saddling or mounting which was expected, but did allow me to get on while dancing and we proceeded to the starting line. All of a sudden he stood rock still and dropped his head – like an epiphany – totally unexpected. We started without a hitch. Within the first 100 yards of the ride a cow entered or exited the woods and we heard “rider down, horse loose.” This means everyone is either going nuts or trying to assist. Seeing we were not needed, Kairro walked by the chaos and down the trail we went. Mind you he was still excited. Our first six miles consisted of mostly cantering to play catch up to the horse in front of us which can become tiring. However, this horse canters smoother than he trots so I let him go. After most of those six miles I asked again for a canter up a long hill and he refused. I knew he had been worn down and considered maybe we should call it quits but spent the rest of the 12 miles just walking. In NATRC you are told to not wear your horse out at the first of the ride so your horse has energy at the end of the ride. It did not matter to me if we came in late as long as we finished the ride. Throughout the ride many compliments were made on Kairro’s looks – physical as well as athleticism. No one believed his age and said he looked fantastic. One rider commented that dressage riders would envy his collection and form in the canter (which he was born with)! The judges could not believe his pulse and respiration were so good even after so much cantering and his final check out was good. Long story short we finished in Second Place! After all the formalities he got his regular meal with Yucca and MSM added to help with any discomfort he may have had. Next day he expected to go out again but did not and we had a four hour drive home. Today he acts like he never went anywhere. Kudos to Dynamite for superior products. Kairro has been a Dynamite horse for about ten years. I have two more senior Dynamite horses as well.” — Janelle Lear, Dynamite Director, TX 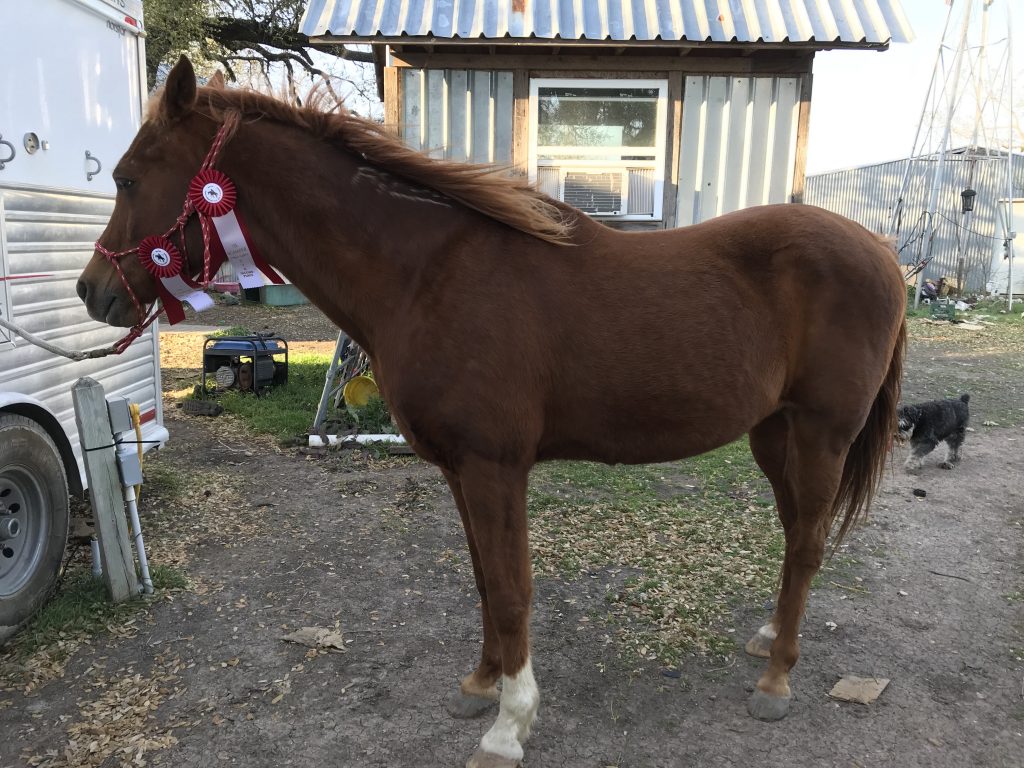 “Throughout the ride many compliments were made on Kairro’s looks – physical as well as athleticism. No one believed his age and said he looked fantastic.”