SOD and Showdown vs nasal cancer 2 years later and Scooby’s doing great with no radiation or chemo!! 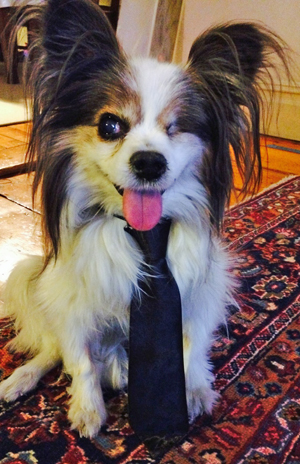 Scooby is my beloved 13-year-old Papillon who was diagnosed with nasal cancer (adenocarcinoma) on May 14, 2013. He probably had the cancer for at least a year before that, but until his breathing got so difficult for him that he was falling asleep while sitting up, none of the vets suggested that it might be cancer. They thought it was allergies or infections. Scooby got glaucoma and we had to remove his eye about 6 months before he was diagnosed. The glaucoma was on the same side that the tumor later showed up on.

Once he was finally diagnosed and we knew why he had been having so much trouble breathing, the oncologists and vets of course said we needed to do radiation. They gave Scooby 3-6 months to live without radiation treatment. I said “no.” I didn’t want to put him through that, and two years later, Scooby is still here and doing great, with virtually no symptoms of the cancer. And I’m sure that Dynamite SOD has everything to do with that. As my friend who first recommended it me said, “that stuff is magic.” I definitely agree!

I don’t have any proof that the sinus tumor (adenocarcinoma) is gone, because we haven’t done an MRI in 16 months, but I know Scooby is breathing easy. A few more details, when Scooby was diagnosed and had the MRI the doctor scraped out as much as they could of the tumor in surgery. Scooby was able to breathe easy and had much relief, but the tumor grew back to the same size within 8 months. At that time, I asked the vet to do surgery and scrape the tumor out again to give Scooby relief and allow him to breathe, and again they said I should do radiation because surgery isn’t a cure for nasal cancer and the tumor will always grow back or the cancer could spread. I again said no to radiation. And now 14 months later, he has almost no symptoms.

Between his diagnosis and the 2nd MRI and surgery 8 months later, I didn’t know about Dynamite products. I made significant changes to his diet as soon as he was diagnosed including switching to raw food, adding probiotics and plant enzymes to his food and letting it sit for 30 minutes before he eats, fresh raw turmeric chopped up in every meal, along with ground up organic cloves. I also removed all toxins from his environment and no more toxic flea control, and only filtered water, no tap – which I continued moving forward. But the only thing I did differently for Scooby after the 2nd surgery was adding in the SOD and Showdown. Now we are at 14 months and still going strong. So, as far as I’m concerned, SOD and Showdown are a miracle treatment for Scooby’s cancer. 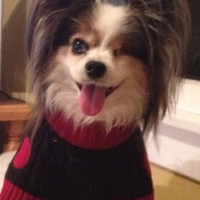 Dynamite makes no claims about diagnosing, treating, nor curing any disease. There are many factors that could contribute to an animal surviving cancer and every animal is different in how they heal. We advise seeking the guidance of a veterinarian and openly discussing your options when addressing your animal’s health issues.