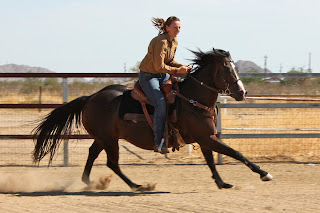 In 2004 I purchased a mare and foal pair. I hadn’t been into horses that long, knew nothing, and just thought the baby was so cute! I had another riding horse as well. I was a novice in everything from horse handling to horse care. I was working with a Parelli Instructor, Linda G., to learn horse handling skills and she was also a Dynamite distributor. With the exception of the baby, all my horses were shod and on alfalfa and a major name brand “supplement” that I won’t mention that had a high molasses content, corn, and anything else that would make a horse hot. I did what the vet told me to do and didn’t ask questions.

A month after adopting the pair, I lost the mare to sand colic and was left with an orphaned 3 month old filly. I moved out of the boarding facility, got my own place, and got deeper into Parelli with Linda and my riding horse. Occasionally I would tell her about the filly Sugar, and that I was having major issues with her. She would colic 3 or 4 times a month and I got really good at giving her bute and massive amounts of Pepto per the vets recommendation. I bought Pepto by the case load from Sam’s Club. Sometimes it was so bad and I couldn’t get her out of it and the vet had to come out and tube her. It was a pretty consistent paycheck for him. Linda mentioned Dynamite to me a couple times, but I was reluctant. I came up with one excuse after another not to try it. Then my riding horse had some colic issues too. The cost of the Dynamite was going to be a fraction of what I spent in vet bills and I was skeptical if it was even going to work, but I tried it anyway. I took away the alfalfa, put them on free choice bermuda grass hay and no longer kept them in stalls. My vet was not happy about these changes at all! I stopped vaccinating and using chemical wormers and put them on a detox plan. I did recognize that the colic episodes were at their worst directly after a chemical worming, which I used Ivermectin consistently every 6 weeks. That was in 2005. I then put out the Free Choice Minerals and started them on Dynamite and Dyna Pro. I didn’t take the leap to PGR until later, so I believe it was top dressed with dry cob. Anyhow, since the day that filly started taking Dyna Pro, I have not had 1 colic episode. This is from a filly that for over a year consistently would colic 3-4 times a month. I wouldn’t go on vacation, was worried about leaving the house.

Now 7 years later, that filly is an 8 year old mare and my most fun horse to compete on in barrel racing! To top it off, they are all barefoot and sound! I use various Dynamite products today, depending on the horse, but Dyna Pro will always be in every single horse’s regimen that is on my property!
—Ashley T.,  Distributor, Arizona