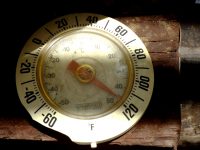 Summer continues to bring record high temperatures in many U.S. states. Combine heat with increased activity, and you and your animals may be susceptible to increased fluid and electrolyte loss. Heavy workloads and high temperatures can quickly lead to an electrolyte imbalance. Drinking plenty of water and replacing electrolytes can be a preventative measure that makes a big difference. Animals (including humans) lose electrolytes at all times, regardless of external temperature or energy exerted. The body constantly moves electrolytes through the tissues in order to promote balance in the systems and metabolic functions.

Electrolytes are minerals that conduct electricity in the body. They are responsible for the transmission of nerve impulses, the function of the muscle tissues and circulatory system, the balance of the body’s pH and the transport of toxins and nutrients through the cell wall. Basic electrolytes include sodium, potassium, chloride, calcium and magnesium, but other minerals and trace minerals act as conductors in the body as well.

Electrolytes function as the conductor of electricity between nerve endings. In times of extreme stress or labor, the body is “firing” more energy through these electrolyte conductors than normal. The electrolytes become used up and the body is forced to draw the energy from other systems in the body. Thus, the balance of electrolytes, amino acids, and minerals support that contributes to the proper functioning of the systems is upset. Ignoring the effect of physical stress creates an imbalance that can cause damage to the body and its systems, including fatigue or dizziness, and in extreme cases seizure, coma and death.

For Horses: How is Dyna Spark different?

Salt is then augmented with 10-20% inorganic (unusable) potassium and minerals. Others add bicarbonate of soda in an attempt to neutralize the acid which is the by-product of exercise. Many electrolytes contain dyes and artificial flavorings, which are not conducive to keeping a clean liver. Sugar is another additive commonly found in electrolyte formulas.

The main difference between Dyna Spark and other electrolyte formulas is our focus on supporting physiology. Most electrolyte formulas are developed by scraping sweat from the animal and analyzing the contents therein. It may seem logical to replace what is being lost in sweat, but this is not addressing things at the root. Think of it this way— can we take the exhaust from a car, analyze it, and then put a concoction of the exhaust elements back into the gas tank to run the car? Auto exhaust is a by-product of combustion, just as sweat is a physiological by-product. In both, the systems transform the original ingredients through heat and chemical reactions to create entirely different end products. Dyna Spark addresses electrolytes from a different, natural perspective by supporting the physiology of exercise and the metabolic cycles that lead to energy production, sweat, nerve impulses, and muscle function.

Elixir™ is a great sports electrolyte drink that can be made more palatable by mixing a quality raw fruit juice, diluted at least 50/50 with water, with a little Elixir™ and adding a pinch of NTM Salt™.

Electrolytes are essential for our health and for optimum brain function. Dynamite Founder, Jim Zamzow put an electrolyte formula together for his wife’s grandmother who had severe dementia and was no longer speaking. After just a few sips of this, she started speaking in complete sentences. His feeling is that in nursing homes and retirement homes, the salt is restricted (and that is poor qualitysalt anyway) and electrolytes are severely compromised. 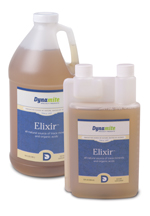