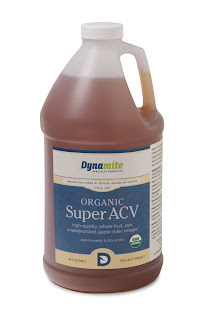 Super ACV is a little-known Dynamite secret. If this is not part of your daily diet/cleaning/ supplement routine, you’re missing out! Super ACV is very different and much healthier than the distilled apple cider vinegar found on the shelves of local grocers. Distilled vinegar is lacking vital nutrients – all for the sake of cosmetics. Producers have made pasteurized, refined and distilled vinegar because the public demanded the clear look. However, in this distilling process the vinegar is turned to steam by heating, destroying the powerful enzymes and distilling out the life-giving minerals such as potassium, phosphorus, natural organic fluorine, silicon, trace minerals and pectin as well as many other powerful nutrients. It also also destroys the natural malic and tartaric acids which are important in fighting body toxins and inhibiting unfriendly bacteria. Super ACV is pure, fermented and undistilled, leaving all the nutrients and flavor mother nature intended. The brownish color and cobweb-like substances in the bottle are actually the good material! Mother is the natural occurrence of amino acids and enzymes in strand-like chains of connected protein molecules. To fully benefit from Super ACV, incorporate it daily. Super ACV is a powerful cleanser, detoxifier, medicine and nutritional supplement. There are thousands of uses for vinegar online, in newspapers and in numerous books. If regular vinegar can do it, Super ACV can do it better.
Consider these uses:

Not only known for its amazing powers around the house, Super ACV can help with many health problems. Here are some amazing things Super ACV can do for you:

Apple Cider Vinegar can benefit both people and their pets. It is antibacterial and anti-fungal and gives the immune system a good boost. As a high potassium electrolyte balancer, it remineralizes the body and helps normalize the blood’s alkaline acid balance. Try using it around the house, in the barn, in your food, and find out what a difference it can make for you! 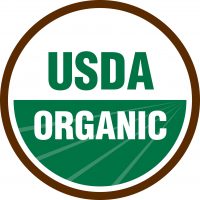