Terri Axtell adopted Brandon (Al-Brando) as a 16 year old from a fantastic rescue called Amazing Grace in Elkhart Lake. The woman who surrendered him also rescued him from an abusive man. He was neglected nutritionally as well as terribly mishandled. 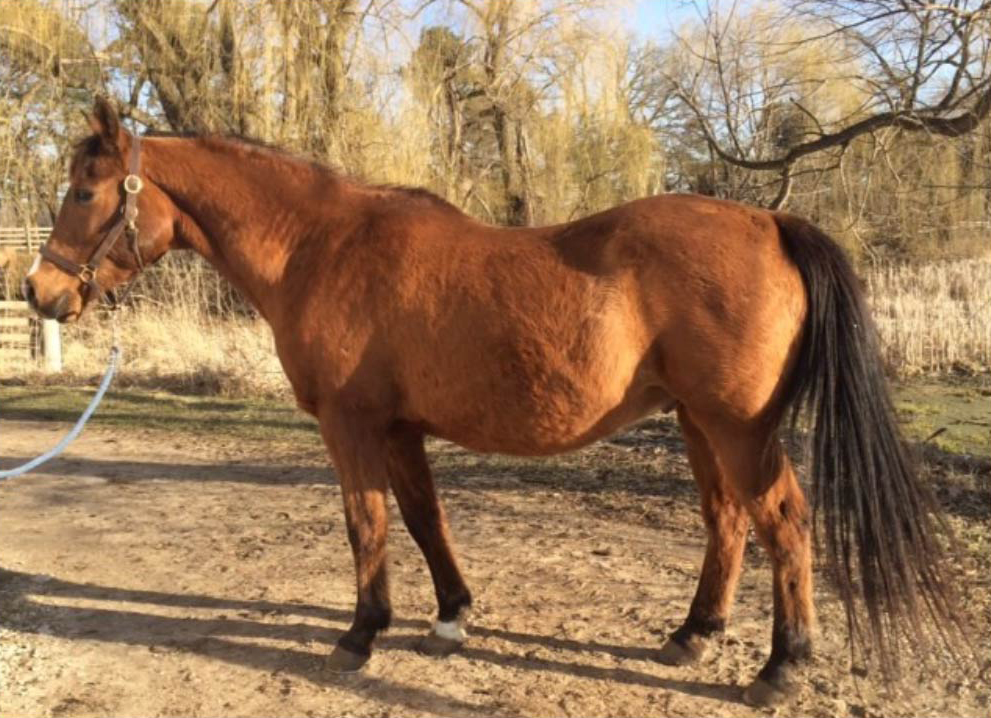 BEFORE – Photo take in April, 2015 after being on Dynamite Equine Products for 2 months.

“With much patience, kindness and tears I finally got him to come around. Now he is the most fantastic horse I have had the pleasure of knowing. He is a steady trail partner, willing cow horse and all around great guy. Everyone who meets him falls in love with his sweet demeanor. He has always had metabolic and stress issues…and I have struggled with his weight for the entire 6 years I have had him. He always had a hay belly no matter what I tried and his top line was very weak. Thanks to Holly he looks the best he ever has!” Terri Axtell

Dynamite Senior Silver Director, Tracie Seavey Audette was in Wisconsin for a clinic and had the opportunity to meet this recovering rescue horse with metabolic issues. Along with the help of Dynamite Bronze Directors Cheri Friberg, and Holly Wiebelhaus, the team was able to come up with a plan to help. “Brandon”, a Polish Arab, was just shy of 21 years old at the time. After using Dynamite, 4 Free Choice Mineral Salts, Easy Balance, and Dyna Pro, he is absolutely thriving this Summer! He’s trail riding, sorting cattle, and an all around happy healthy horse!